OptiMind has been around for a long time, and it was one of the first nootropic supplements that gained a wider recognition from the public. Before OptiMind transformed the nootropic scene, people were mostly taking synthetic brain enhancement drugs or played with homemade combinations of natural ingredients.

OptiMind was among the first supplements to feature a predominantly natural list of ingredients. However, the company behind OptiMind surrounds their formula with a lot of secrecy, which does look very suspicious. With more and more customers asking the question: “Is OptiMind a scam?”, we felt obligated to do our own OptiMind review.

According to the official marketing information, OptiMind is designed to improve your cognitive performance in three ways: increase your energy levels, make your focus sharper, and improve your memory retention. These are actually three of the most common promised effects you will find in most nootropic supplements, which makes you think you can’t go wrong with adding OptiMind to your self-care routine.

This is where things get interesting. While you can clearly see the OptiMind ingredients printed on the bottle, the company never fully disclosed the formula of the supplement. You will only get the Amount Per Serving information for four of the ingredients — specifically, Calcium, Magnesium, Vitamin D and Vitamin B12.

The rest of the ingredients are included in the Focus Blend group, and we’ve seen many OptiMind reviews agreeing that it’s not responsible for the company to withhold this essential information. The most important ingredients contained by OptiMind include:

GABA is an essential inhibitory neurotransmitter for humans, but the thing to know here is that GABA does not fully absorb from your digestive system, meaning it has little to no effect on your GABA receptor activity.

L-Tyrosine is a well-known anxiolytic that can help people perform better under stressful conditions, including not only mental stress, but also physical and environmental influence.

You will see Bacopa Monnieri featured in most nootropic supplements, and for a good reason. While its effect on your performance isn’t as all-encompassing as it was thought before, Bacopa Monnieri is still one of the best ingredients for your memory function.

Even if you have never taken any nootropic supplements before, you are definitely familiar with caffeine. Found in many food products you consume on a daily basis, caffeine increases your productivity, improves your focus, and alleviates the symptoms of fatigue. However, there are some problems with OptiMind’s use of caffeine: more on that later.

L-Taurine is an amino acid that has been the favorite supplement of athletes for a long time. L-Taurine is thought to increase blood flow, positively influence the cardiovascular system, and promote muscle growth, but there are no known effects of L-Taurine on the cognitive function.

Known for its anti-inflammatory, antioxidant, and increased blood flow properties, Vinpocetine has been a staple of the nootropic supplement market for years. Even though there are nootropic ingredients ready to take Vinpocetine’s place, it is still featured often in popular supplements.

Alpha Lipoic Acid, or ALA, is naturally produced by our bodies, but we can also get it from food and supplements. ALA is mainly responsible for antioxidant protection, but it is thought to be less powerful than many of the alternatives.

Our thoughts on OptiMind’s formula

The main problem with OptiMind’s formula is that we don’t know for a fact how much of every ingredient is contained in the supplement, with the exception of four ingredients. Proprietary blends like AlternaScript’s focus blend are always the less-preferred option, since there is no way of knowing how much of the supplement is active ingredients and how much is just filler.

At first glance, the formula of OptiMind looks promising — at least, the list of ingredients contains some familiar names that can be found in many other popular nootropics. However, given that we don’t know how much of each ingredient is contained in one capsule, we have a hard time believing that the recommended dosage of two caps a day contains enough active ingredients to make a difference in the way your brain works.

According to AlternaScript, any OptiMind side effects are so rare that they didn’t even bother to publish them on the supplement’s official website. However, while most of the ingredients in OptiMind are fine even in large doses due to being natural and unconcentrated, we see a real problem with not being able to know how much caffeine one OptiMind cap contains.

After doing some digging through OptiMind reviews online, we found out that customers often report other side effects. When taking OptiMind, you risk experiencing the following side effects:

Even after learning about the problems with OptiMind’s formula and the potential side effects from taking the supplement, you are probably wondering: does OptiMind work? Some people are willing to risk the potential discomfort for the life-changing effect that some nootropics can have.

Unfortunately, that is not the case with OptiMind. Most of the benefits described by the company and occasional reviews come from caffeine. It’s true that caffeine can temporarily increase your productivity, improve your focus, and help you work effectively in stressful conditions.

However, caffeine has not only significant side effects, but also something called caffeine withdrawal. If your body is used to working on caffeine and then, one day, you stop taking caffeine-containing supplements like OptiMind, there is a risk to your cognitive abilities deteriorating and your productivity dropping.

There are many additional ingredients in OptiMind such as Bacopa Monnieri and Vinpocetine, but since there is no way to tell how much of them is contained in a single dose, we cannot conclude that they can have any sizeable effect on your brain function.

The comparison of OptiMind vs. Adderall is one of the most discussed topics in the neurohacking community. Adderall is known for its ability to substantially influence the cognitive functions and behavior, but how exactly does it compare to OptiMind?

It’s worth noting that the name OptiMind has only been used for a few years, while previously this supplement was known as Alleradd. This is clearly not a coincidence, and it’s obvious that AlternaScript was trying to mimic the effect that Adderall had on patients.

The biggest difference between the two is that unlike OptiMind, Adderall is not a nootropic supplement. It’s a prescription drug, which means you need to obtain a prescription from your doctor to be able to purchase Adderall.

Adderall is widely prescribed to combat the symptoms of ADHD, and while many patients report better focus, productivity, and concentration as Adderall effects, it is primarily used to treat real conditions, not to enhance cognitive performance. That is why we don’t really feel it’s fair to compare the two substances, mainly because their intended effect, ingredients, and side effects are very different.

Now that you know what is OptiMind and what effect it can and cannot have on your cognitive abilities, let’s settle one question: should you invest in Opti Mind or are there better alternatives to this supplement?

There was a time when OptiMind basically ruled the nootropic market and was used as a source of inspiration by the creators of other popular nootropic supplements that appeared later. However, there are many significant problems with OptiMind that are impossible to ignore.

Due to the lack of clear information on what goes into OptiMind, the company’s early attempts to mimic Adderall, and the fact that OptiMind contains undisclosed quantities of caffeine, which can have serious side effects in case of an overdose, we do not recommend OptiMind to anyone.

To answer the question “Is OptiMind legit?”, we need to take into account every fact we know about this supplement. The company behind it does seem like a real one and the product certainly contains at least some ingredients associated with nootropics, but we cannot call it fully legit for reasons we described above.

We have already talked about the effect of OptiMind on your body, but is OptiMind safe, at least? Even though not everyone will encounter the side effects of OptiMind, it’s worth remembering we don’t know much about its formula, which is why it is very possible that this supplement is not as safe as we would want.

Where to buy OptiMind?

If, after everything you found out about OptiMind, you are still convinced that this supplement is worth trying, you are probably wondering: where to buy OptiMind? The good news is that there are several ways you can buy OptiMind. You can do it from OptiMind’s web page, AlternaScript’s official website, or use websites like Amazon and eBay.

Mark is a nutrition expert with more then 17 years experience in weight loss. In his spare time, he likes to share his thoughts on nutrition, fitness, male and female health and more. 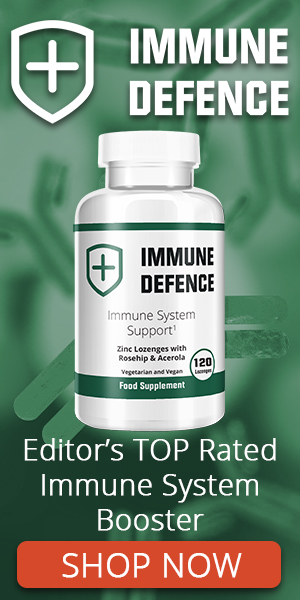 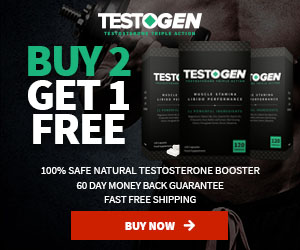